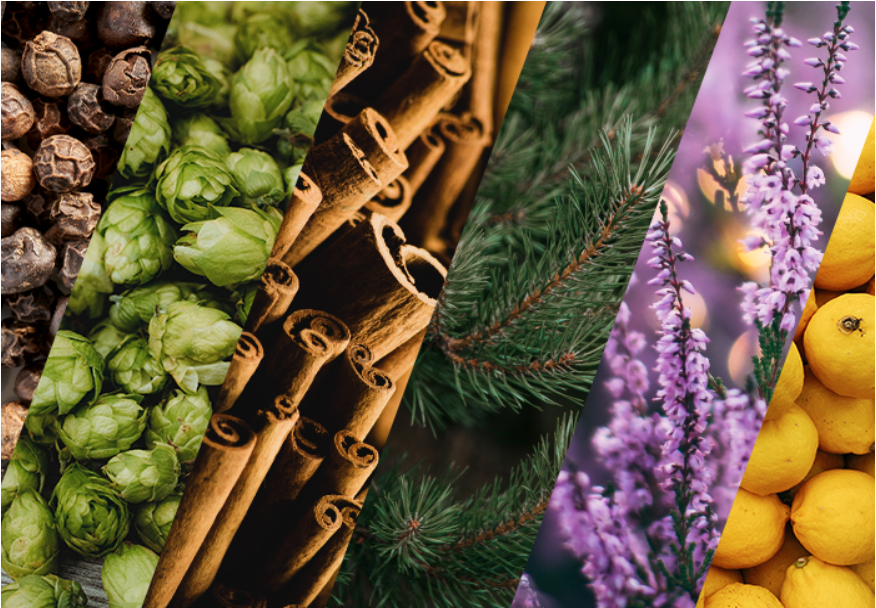 Terpenes and flavonoids are gaining popularity in premium cannabis products, high quality non-cannabis food and beverages, and as the subject of exciting new research. They are two of the most important compounds in cannabis with unique smells, tastes, and effects.

They are also key compounds responsible for the “entourage effect”—the synergistic effect of the many naturally occurring compounds in the whole plant when combined with THC and CBD. Studies have shown terpenes and flavonoids to have anti-inflammatory, analgesic, and antioxidant properties. However, due to drying and processing techniques, many CBD products have minimal or no flavonoids and terpenes.

Terpenes are the largest group of plant chemicals with over 30,000 types with varying scents, tastes, and biological effects. The unique smell of a cannabis plant comes from its flowers that use fragrant monoterpenes such as limonene and pinene to repel insects. The lower fan leaves in cannabis use another terpene group called sesquiterpenoids, with a bitter taste, to deter grazing animals from eating them.

Many terpenes are generally recognized as safe (GRAS) by the United States Food and Drug Administration (FDA), which means that they are considered not harmful when added to food and beverages under the intended conditions of use.

Terpenes range in flavors and smell. Some terpenes have a fresh smell such as the aptly named limonene and pinene. Limonene has a citrusy-lemon smell, while pinene has a pine forest smell. β-Caryophyllene is a terpene on the other side of the spectrum with a spicy flavor and a strong woodsy odor associated with black pepper. 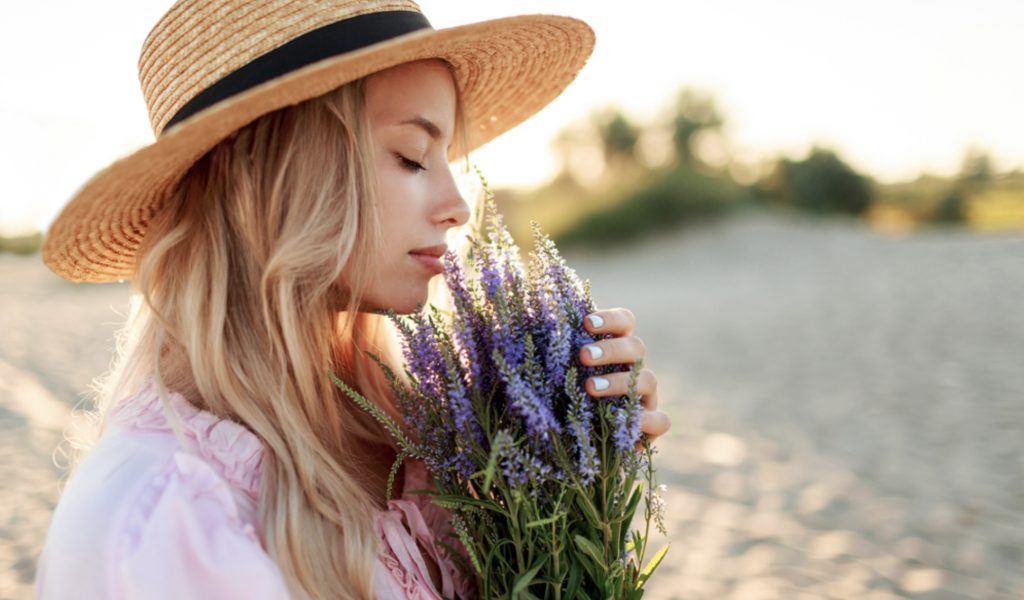 Researchers have found that many terpenes mimic cannabinoids to amplify the effects when the two are used together.

Terpenes such as a-Pinene are linked to anti-inflammation via interactions with Prostaglandin E1 (PGE-1), and B-myrcene is as well due to its interaction with PGE-2. Sedative or muscle relaxant properties of linalool, nerolidol and B-myrcene have been studied. Limonene produces apoptosis of breast cancer cells, and was employed at high doses in Phase II randomized clinical trials. Terpenes can also be a powerful anxiolytic agent with an essential oil seen to increase serotonin in the prefrontal cortex, and dopamine in hippocampus mediated 5-HT1A.

These benefits highlight why many believe that terpenes contribute most to the phytocannabinoid entourage effect, and that better cannabis doesn’t just have a higher amount of cannabinoids, but a more powerful terpene profile.

Are Terpenes Only Found in Cannabis?

Over 200 terpenes have been found in the cannabis plant. While terpenes are prevalent in many other plants, fruits, and herbs, cannabis has a unique set of terpenes that it produces in abundance.

Due to issues with retaining terpenes when drying or processing cannabis, many companies add non-cannabis derived terpenes (terpenes extracted from other plants) to cannabis products to compensate for the lost terpenes. While this produces a general terpene profile made up of the major terpenes, it will not be the same as the original cannabis profile. The proportions will always be slightly off, and the full profile is missing since there are more terpenes than the 5 primary terpenes. This is the same reason why audiophiles listen to hi-fidelity analog music over digital music—some things just get lost in translation.

Flavonoids are the compounds in the plant responsible for their vibrant colors, signaling between plants and microbes, as well as providing UV protection and defense as antimicrobial agents and feeding deterrents.

Over 10,000 flavonoids have been found throughout the plant kingdom. Cannabis has a special profile of 20 flavonoids, mainly consisting of luteolin, apigenin, orientin, vitexin, quercetin, and isovitexin with cannflavin A, B, and C unique to the plant.

Flavonoids are well studied for their effects as antioxidants and anti-inflammation control.

Studies show that flavonoids in cannabis could affect prostaglandin E2 (PGE2). It shows promise as it was found to be 30 times more effective than aspirin in some PGE2 interactions. This is just the beginning. As more research is done in the future on the function and relationship of flavonoids, more effective therapeutics will be developed.

Cannabis has to be dried for use in traditional methods or storage. The moisture in fresh cannabis prevents it from being ignited for smoking and carries the potential for mold and mildew. Traditional extraction techniques use ethanol and CO2 as solvents. Excess moisture in the plant dilutes the ethanol, reducing its effectiveness, and requires more time and energy to reclaim the ethanol. Extra moisture hurts the CO2 extraction process as it dramatically extends an already lengthy process and can produce carbonic acid as an unwanted byproduct.

To combat these issues, many methods for drying cannabis have been developed, from primitive methods such as hang drying to advanced methods such as microwave-assisted freeze drying (MFD). Drying poses many challenges including product loss from mold and mildew, time, cost, terpene loss, and cannabinoid decarboxylation.

Primitive drying methods such as hang drying can take as long as 14 days, and issues with ventilation leave plants susceptible to mold in the process. Studies report up to 55% terpene loss and a decarboxylation of cannabinoids using oven drying methods. More advanced methods such as microwave-assisted freeze drying are faster and retain terpenes better but require expensive machinery that is also expensive to operate.

However, state of the art methods have been developed to purify CBD from fresh cannabis, eliminating the drying step altogether. 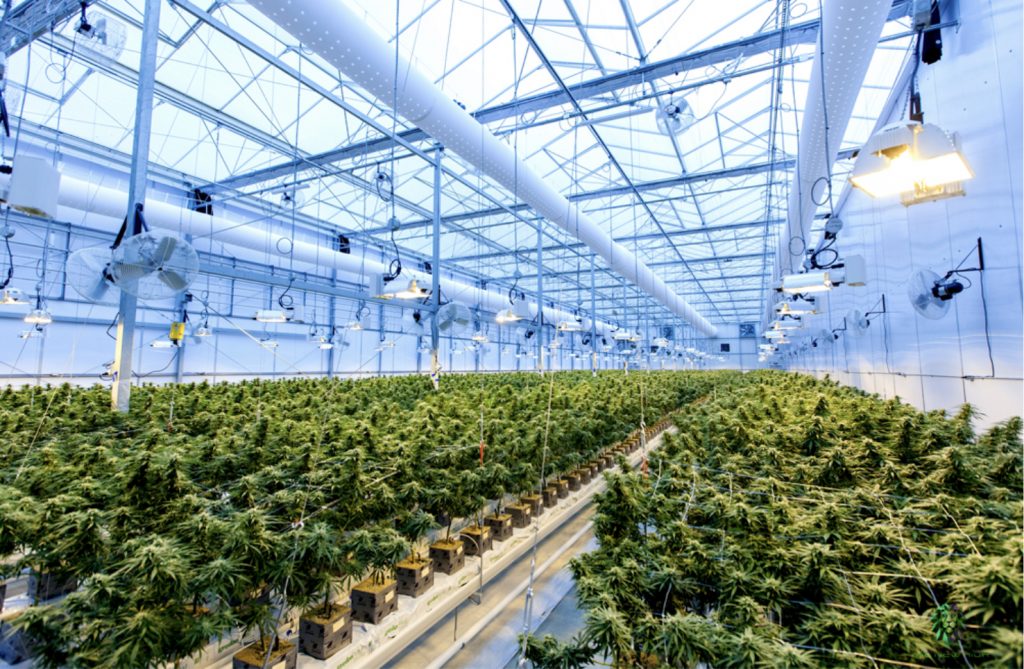 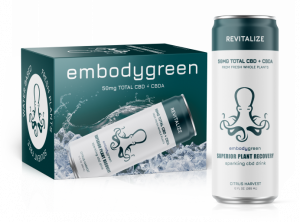 Instead of trying to find a way to mitigate issues with drying and curing cannabis, embodygreen solved the problem by eliminating the step altogether.

The whole plant CBD+CBDA used in embodygreen products is the only CBD made from fresh, never dried plants. The patented water-based purification method retains the most terpenes and flavonoids for a vibrant smell and taste with unique effects.

Learn more about CBD made from fresh plants

No comments to show.

Please verify your age to enter.